The Angel Fund is being replaced by the AVMF Veterinary Care Charitable Fund.

You can donate through the link provided and will receive a receipt for your tax-deductable donation. Contributions will be used for (but not limited to) the following: 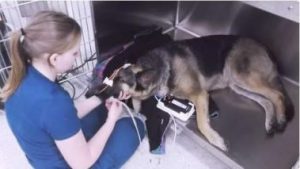 Chevy survived a devastating house fire on Tuesday Jan 26th 2016. She was hospitalized for treatment for severe smoke inhalation and had to be placed on a ventilator. Chevy was transferred to FVARC for 24 hour care in their critical care center. The community rallied and raised just over $3000 towards Chevy’s care. Unfortunately after several days on the ventilator, Chevy’s condition deteriorated and the decision was made to humanely end her life. Were it not for the Antigo Community, Chevy’s family would not have had the chance of trying to save her and for that they are very grateful. 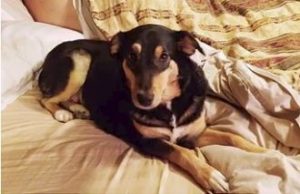 Meet Marley. Marley came to us in the fall of 2014, very pregnant. She was a “backyard breeder’s” dog and was suffering from dystocia (she could not deliver her pups). She needed c-section surgery. The former owner wanted us to just put her to sleep. We had her surrendered and did the c-section and spayed her. Devin Zarda took over Marley and pups’ care while they were too little to find homes for. She also found forever homes for all the pups when they were old enough! (Thanks so much Devin!). Though the pups all got homes, Marley was the only one that couldn’t find a forever home after all the pups were gone. Dr. Sarah then adopted Marley, officially increasing her household pet count to it’s limit (LOL). 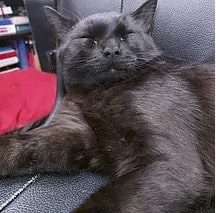 Meet Jack the cat, & he came to us after he was diagnosed with hindlimb paralysis and the inability to urinate and defecate. With the help of the angel fund he was able to receive the laser treatment and medication that helped him walk again. He has made his forever home, here at the Antigo Veterinary Clinic. Jack Update 5/18/15 – Jack developed FIP and had to be humanely euthanized. We will forever miss him and know he’s just over the other side of the Rainbow Bridge…. 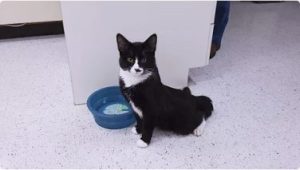 Thumper is a young male with a spinal injury that we took in from the Langlade County Humane Society. He has rear limb weakness and trouble walking and going to the bathroom. He requires ongoing loving care at our clinic and our devoted team provides it daily. At some point Thumper may need a cart but he is getting along with medications and laser therapy now.